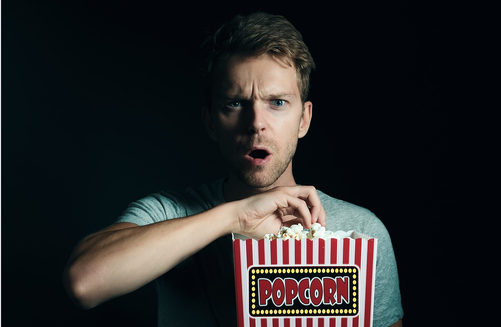 One of the most popular movie genres is horror movies. There are many that are avid enthusiasts when it comes to this type of movie. For some though they are just a bit too scary but still have some intrigue to them. For them, they may be content watching a horror movie that has a comedy twist to it. There are plenty of such movies to choose from.

For those that like a touch of comedy mixed in with their horror, those that watched Army of Darkness were not disappointed. Many found this one to be on the same level as Evil Dead 2. Bruce Campbell took on the role of Ash. As a rule being trapped in a cabin with the eerie undead would be pretty nerve-wracking, but for Ash it just became another factor of life as he had the ego to go with the circumstance. The stop motion with the volume of blood was enough to throw this into the horror genre.

This is a dark comedy with a horror baseline. It was directed by Stuart Gordon, with the leading performer being Jeffrey Combs who was absolutely obsessed with the dead. For those who are into iconic movies like Frankenstein, they will find this particular horror comedy movie to be to their liking.

The name itself is most intriguing and the movie lives up to its name. Not only is it weird, it is grotesque which is softened by the humour it depicts. Some will recognize this movie by the name Braindead. It has a Mother and Son story to it when Timothy Balme, the son, takes on the role of Lionel and is dominated by his overbearing Mother ( Elizabeth Moody). The mother turns into a zombie when Lionel hooks up with a sweetheart.

These are just a taste of the horror-comedy movies that are available to viewers. For couples who have split interests in horror and comedy, they are the perfect solution to a night out at the movies that both will enjoy. But, the real serious horror buffs may prefer to forego the comedy.