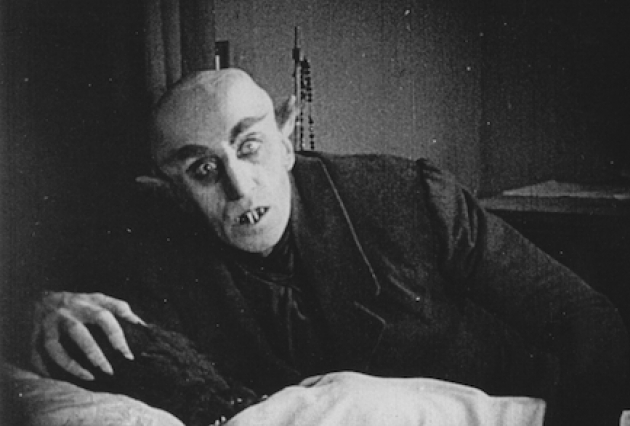 Even though The Cabinet of Dr. Caligari precedes F.W. Murnau’s Nosferatu, nothing quite captures the true essence of horror like this movie, considere the original vampire film. Released in 1922 and almost lost instantly due to copyright infringement, Nosferatu represents German Expressionism at its best. A master of the field, Murnau desired to bring Bram Stoker’s Dracula to the big screen, although he failed to secure the rights from the writer’s widow. Undeterred, the director drove on regardless and hoped that changing character’s names and a few plotlines would disguise the adaptation. It didn’t and the courts ordered all copies of the movie to be destroyed. Luckily, one survived. 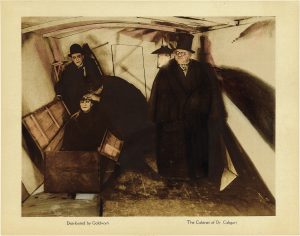 Those slight alterations to the original Dracula story changed the fate of vampires forever, in particular with the film’s climax. Nosferatu’s villain, Count Orlock, played by the excellent Max Schreck, is extinguished by the sun’s deadly rays. In contrast, Stoker’s vampire is able to wander about at will during daylight, with sunshine merely weakening the immortal being. Murnau’s creation did however forego the seductive, aristocratic ideal so popularised in modern day culture, instead portraying Orlock as a deformed animal complete with rat like features, side fangs and creepy fingers.

The movie’s success lies in its combination of Orlock’s vile character and Schreck’s chilling performance, plus of course its beautiful artistry and unsettling atmosphere. A constant foreboding pervades the screen whilst deep shadows and acute angles give the impression that something is seriously wrong. Add to that the infamous coffin scene and you have one of horror’s, if not cinema’s, greatest classics. 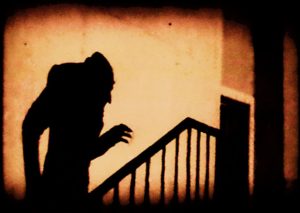 With so much gore and violence in today’s horror genre, it’s difficult for modern viewers to experience a silent film such as Nosferatu without preconceptions. However, any fan wishing to go back to basics and enjoy a timeless benchmark for eerie and atmospheric cinema should certainly check it out.

Fans of Nosferatu will be either excited or apprehensive by the news that indie horror newbie Robert Eggers is set to remake the 1922 classic. Coming from the man behind the well-received Witch, horror buffs will surely keep an open mind, although whether the remake lives up to its predecessor remains to be seen, particularly with such gigantic shoes to fill.