After the British Hammer heyday of the 1950s and Alfred Hitchcock’s suspenseful successes, a new and even more terrifying subgenre came to screens to petrify the masses: the occult. Such demon infested productions as R 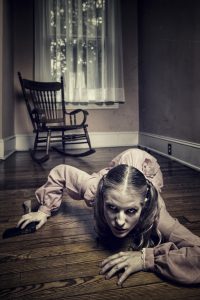 osemary’s Baby, The Omen and The Amityville Horror influenced the market massively, boasting big budgets and turning impressive profits. The most prosperous contribution to this supernatural cause was of course William Friedkin’s head-spinning Exorcist, which remains one of, if not, the greatest horror film ever conceived.

Everyone remembers the crucifix scene, the projectile vomiting, and of course Linda Blair’s revolving head. The film naturally shocked audiences to the core when it was first released in 1973, particularly for those with strong religious beliefs. The fear and distress was heightened by the fact that William Blatty’s novel, from which the movie is adapted, claims to depict actual historical events. Add to that a supposedly cursed production and the result is an epic film shrouded in malevolence. 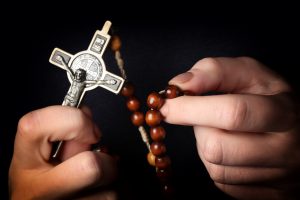 The Exorcist excelled in terms of performance, script and cinematography, garnering ten Oscar nominations and winning two. 13 year old Linda Blair received deserved admiration for her incredible portrayal as the possessed Regan, with Ellen Burstyn, Jason Miller and Max von Sydow also chipping in to create an utterly realistic battle between good and evil that shook spectators then and continues to do so today.

An instant box office smash, the film went on to become one of horror’s highest grossers, spawning four sequels and paving the way for a stream of possession movies, which include The Exorcism of Emily Rose and The Last Exorcism. The franchise has even turned its hand to the small screen; with the 2016 TV series offering fans a way of keeping this demonic masterpiece alive.